All Kids Should Learn To Code!

When should children start learning code?

We often get asked by parents when their children should start learning to code. Our reply is when children start to learn to speak!

Coding (also called computer programming) is the language that communicates with and controls an increasing array of items in our rapidly changing world; coding is the “new literacy” that every child should know to excel in the coming digital age.

As with any language, children as young as kindergarten age can begin to learn the basics of coding & computer programming. Learning the foundations of computer commands at an early age will provide a huge advantage in gaining an inherent understanding of how computers operate, and how they interface with virtually every aspect of our lives. Early education in coding & computer programming for kids & teens can mean the difference between the digital language being a first language vs a second language.

How to find the right coding education camp for your child. Ivy Coding is the coding camp & computer programming workshops offered at Ivy Bridge Academy.

Ivy Coding Camps are taught by experienced coding instructors and enthusiastic computer majors from Ga Tech. With individualized instructions designed to accommodate both beginning and advanced coders, Ivy Coding Camps for Kids & Teens is the choice for the future tech leaders! 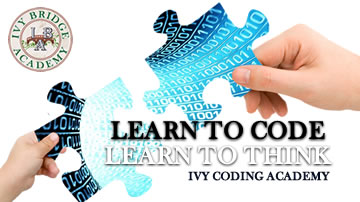 Our website and online registrations have moved to IvyDebate.com Dismiss 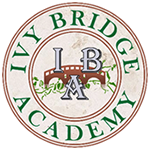 Our Website Has Moved to IvyDebate.com!
REGISTERING NOW FOR SUMMER CAMPS 2020!

Visit Us at IvyDebate.com to Register for our Academic Excellence Camps!